CRONUS – TRANSPORT AT A CROSSROADS

The future of Ireland’s transport and logistics sector could be bleak according to Nicola Walker, managing director of Cronus Logistics, one of the country’s most innovative supply chain companies on the Irish-UK gateway.

The Freight Transport Association of Ireland’s (FTAI) recently highlighted the huge growth in foreign transport operators moving large percent of Ireland’s goods. The FTAI’s, general manager, Neil McDonnell, said: “We have consistently warned the Government about the danger of labour substitution by foreign operators. Our drivers are subject to competition from abroad, on both Irish and continental roads. We now have the second most expensive minimum wage in Europe after Luxembourg. If we do not control the costs of our internationally-traded services, we will lose them to lower cost locations – primarily to Eastern Europe. We ask all political parties to bear this in mind as Ireland enters the General Election cycle.”

FTAI also highlighted, that even though in October 2015 imports showed a growth with an increase of 9% and exports were up 21% on the same period in 2014, “it shows whoever is moving Irish goods, it’s not Irish operators” commented Neil McDonnell, general manager of FTAI.

This is a timely reminder according to Nicola Walker. “The business community should see this as a call to action, we should be supporting each other and working together to maintain our sector so vital for the Irish economy. This is a tough business to be in with competition from within Ireland and across the EU. What is needed as they have asked for, is a level playing field. In an industry where margins are very low, it is difficult for companies to compete and pay the living wage when foreign competitors are not paying similar levels.  The FTAI is working for a strong future for Irish transport operators and it is about time the politicians realised that without government support this will have a negative impact on the current growth in the Irish economy,” according to Nicola Walker. 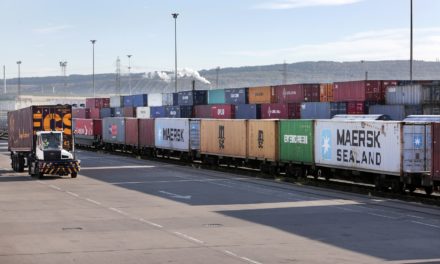