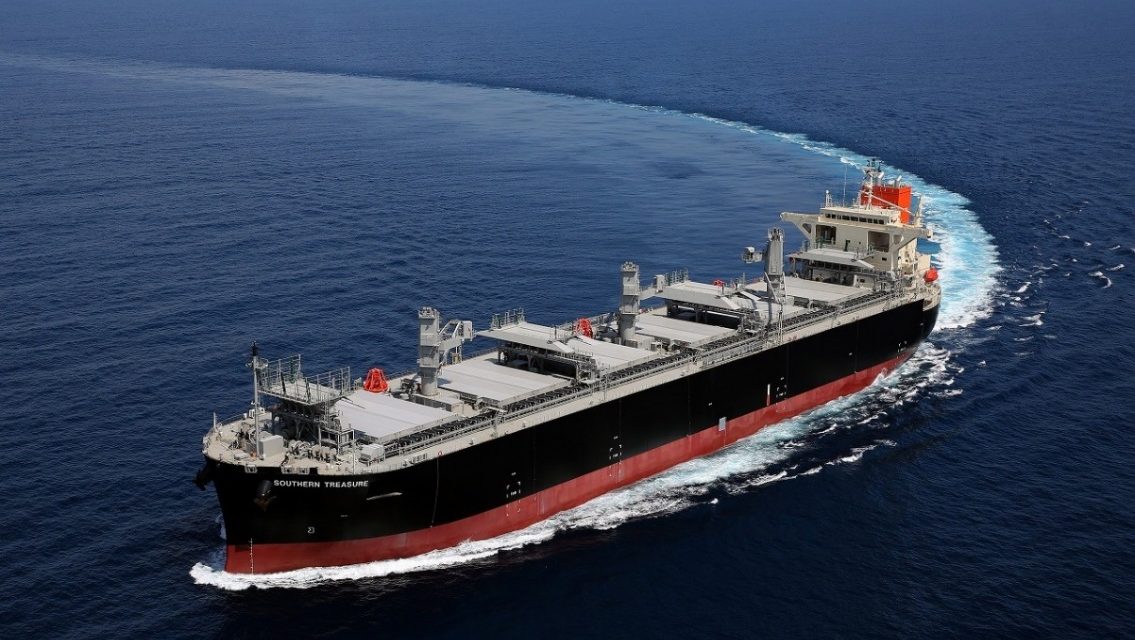 The name of the vessel “SOUTHERN TREASURE” is derived from its cargo, wood chips, which are produced in Chile, South Africa, Australia, Vietnam, and other Southern countries, and represent “treasure” delivered to Hokuetsu Corporation. It also calls to mind the idea of a “treasure ship.”

MOL continually strives to offer safe and stable wood chip transport service for customers including paper manufacturers around the world while caring for the environment and contribute to a stable supply of resources.

[Outline of the vessel]

・Emissions regulations: Regulations to prevent air pollution generated by merchant’s vessels were established in Annex VI issued in 2005 of the MARPOL Treaty adopted by the International Maritime Organization (IMO). Since then, emissions regulations have been strengthened on a global scale. Starting in January 2020, the allowable sulfur content in ship fuel oil in general sea areas will be reduced from the current 3.5% to 0.5% or less (this measure already took effect in designated areas effective January 2015). This will require the use of regulation-compliant bunker oil or installation and the use of SOx scrubbers on vessels.

・The Ballast Water Management Convention: A September 2017 treaty requires the control and management of ballast water and sediment discharges. Ballast water, which is taken on board to stabilize the vessel, can move aquatic organisms to non-native habitats, where they might threaten biodiversity and harm local ecosystems. Vessels from countries ratifying the treaty are required to install an IMO-certified BWMS (Ballast Water Management System) to ensure that the number of marine organisms contained in ballast water is below the regulated level.

Propeller Boss Cap Fins (PBCF) is an energy-saving system to improve propeller efficiency and reduce vessel fuel consumption and was developed by a group of companies including MOL.