The World Ocean Council (WOC) is working to keep the global ocean business community informed and engaged regarding the U.N. negotiations to expand the Convention on the Law of the Sea (UNCLOS) to include a new legally binding instrument on the conservation and sustainable use of marine life in areas beyond national jurisdiction (BBNJ).

The WOC will participate in the third round of BBNJ negotiations which take place at U.N. Headquarters in New York from 19-30 August.

The WOC is organizing an official Side Event at the BBNJ Negotiations on “Methods and Tools for Documenting Human Activity and Assessing Threat and Risk to High Seas Biodiversity”, on 28 August.

The annual WOC Sustainable Ocean Summit (SOS), 20-22 November, Paris will again provide the only regular briefing on the BBNJ Treaty specifically for the ocean business community.

A 2-page WOC briefing on the BBNJ and implications for ocean industries can be found here. The initial version of the new legally binding instrument on the conservation and sustainable use of marine life in areas beyond national jurisdiction (BBNJ) became available in June, as previously announced by the WOC.

The WOC is an accredited observer to the BBNJ negotiations and has been the only ocean industry organization consistently and actively involved in the BBNJ process over the past decade as this effort to develop the most important new legal regime for the ocean since the establishment of the U.N. Law of the Sea proceeds.

The WOC is working to develop the “BBNJ Business Coalition” for coordinated industry involvement in the BBNJ process. This will advance interaction both: a) among the sectors of the diverse ocean business community and b) between the private sector and other stakeholders. The Coalition will seek to develop coordinated industry input to ensure that the BBNJ will be practical, implementable and engender constructive ocean business community engagement in the conservation and sustainable use of marine life in international waters.

The WOC BBNJ Business Coalition participants (as well as WOC Members) will receive expert review and analysis of the BBNJ process, covering the negotiation progress and dynamics, the priority BBNJ issues, concerns and input of governments and other stakeholders, and the evolving content of the draft new legally binding agreement.

There is still time for ocean industries to engage and have a voice in this critical ocean governance process that will affect business access and operations in the high seas for the foreseeable future by participating in the WOC BBNJ Business Coalition. Industry involvement is critical and can help ensure that policies and regulations are developed with full and balanced information, are based on good science and risk assessment, are practical and implementable and engender the involvement and support of the ocean business community. In preparation for the start of the BBNJ Negotiations, in 2018 the WOC released a report on “Ocean Governance and the Private Sector” – a review of major international ocean policy organizations and processes, the past and ongoing efforts for engaging the business community and priorities for the future, especially for the WOC in its role as the global, multi-industry organization on ocean sustainable development. 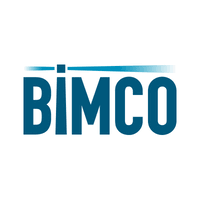 Associations call for accelerating digitalisation of maritime trade and logistics