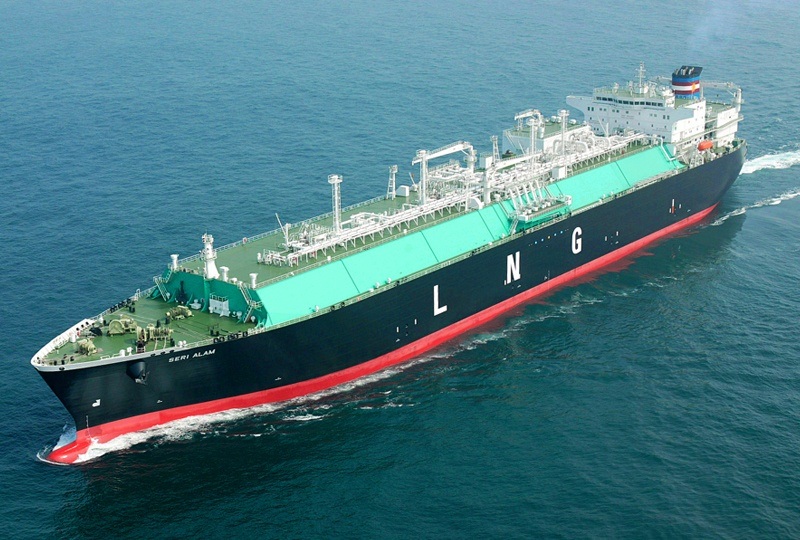 The Japanese government also concluded a “Memorandum of understanding in relation to the cooperation on the development of LNG as a marine fuel” with seven other countries, including Singapore.

Since then the Japanese government has worked closely with Singapore to promote the use of LNG fuel and develop a supply framework.

MOL has proceeded on the project with PGPL to build a cooperative structure in the private sector. They have teamed with Sembcorp Marine Specialised Shipbuilding Pte. Ltd., a subsidiary of Singapore-based Sembcorp Marine Group, for construction of the vessels, and Sinanju Tankers Pte. Ltd., which is a major bunker barge company, for a partner of ship management. The new ship will be the second LNG bunkering vessel in Singapore and is slated to start services after its delivery to PGPL in early 2021.

In April 2017, with the aim of speeding up progress on business related to alternative bunker fuels such as LNG, MOL established the Bunker Business Division to enter the bunker business in an integrated fashion. In other regions besides Singapore, in February 2018, it signed a long-term charter contract for the world’s largest (18,600m3-class) LNG bunker vessel with Total Marine Fuels Global Solutions, which will offer services in northern Europe (Note 2). In Japan, it will launch the LNG-fueled tugboat Ishin (Note 3) in Osaka Bay in April. MOL continually promotes development of infrastructure to supply LNG fuel and drives LNG fueled vessels.

Pavilion Energy is a wholly-owned subsidiary of Temasek with a fully integrated energy business that encompasses upstream investments, global LNG trading, shipping and optimisation as well as energy hedging and financial solutions. Its wholly-owned subsidiary, Pavilion Gas, is responsible for the marketing and distribution of natural gas in Singapore and the region, including small-scale LNG and LNG bunkering initiatives. Pavilion Gas is a licenced LNG importer for Singapore and an LNG bunker supplier in the Port of Singapore.