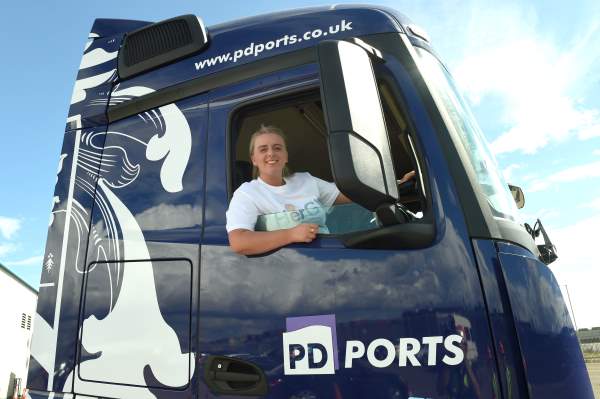 The M6toll’s HerGV initiative to address haulage industry driver shortage, and the proportion of women within HGV driving roles, has reached a milestone point in the campaign as they announce that their competition winner has been offered a full time job opportunity by PD Ports.
M6toll’s HerGV competition was run in conjunction with the Road Haulage Association (RHA) and Pertemps Driver Training, and aimed to encourage more women to seek a career within the HGV industry. M6toll believe that recruiting more women could support their objective to improve the industry’s gender imbalance and increase the number of people seeking a career within the profession.

Emma Walker, the winner of the HerGV campaign said, “Becoming a HGV driver was a dream of mine since I was a little girl and with the help of M6toll, RHA & Pertemps Driver Training, that dream is now a reality. Before I embarked on this journey I didn’t quite realise how much I would have to do to get my licence. I am so proud of what I have achieved for myself as well as my family, and I am very much looking forward to hitting the road, thanks to PD Ports, who will be instrumental in my career, moving forwards”.

Jim French, PD Ports’ Portcentric Logistics Director, said: “We’re very pleased to welcome Emma to our transport team at Teesport and delighted to be her employer of choice in what is an incredibly competitive industry.“

Emma Walker’s HerGV prize package was worth over £3,000 and included HGV training from industry leaders, Pertemps Driver Training as well as guidance from some of the most influential women within the HGV industry. Emma Walker has also become a She’s RHA ambassador, with the hope that she will encourage other women to join the haulage industry.

Maxine Estevez, Press Officer at M6toll concluded, “We’re so pleased that Emma has now been given the opportunity to fulfil her dream of becoming a HGV driver. She was a worthy winner of our HerGV campaign, and continues to take steps towards making a positive change within the industry. We hope that she continues to push forwards, and prove that, with a positive attitude and a powerful message, change is possible”.

M6toll have evolved their HerGV campaign over the last 12 months with the addition of their #DrivingForChange movement. The HerGV #DrivingForChange initiative’s focus for 2018 is to promote positive conversations about how encouraging more women into the profession could contribute to real change, within what is currently a very male dominated industry. 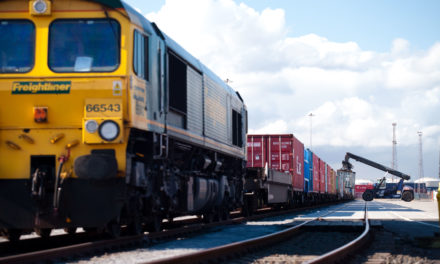