Earlier this year the International Organization for Standardization (ISO) published a revised edition of its ISO 8217 specifications for marine fuels, which still maintains a 60 mg/kg limit for catfines (catalytic fines). It’s not a rare thing to hear comments about this threshold being on the high side.

A test conducted just a few days ago by the Fuel Oil Bunkering Analysis and Advisory Service (FOBAS) takes the debate to a new level. It shows that a number of bunker samples delivered in Fujeirah, a strategic bunkering port, contained aluminium and silicon (Al + Si catfines) at levels ranging from “above 75 mg/kg up to nearly double, at 139 mg/kg.” Considering what catfines can do to engines, this is a big deal.

As exceptional the findings may be, they underscore the potential of even more uncertainty, and thus risk, that needs to be addressed: the FOBAS analysis states that “Al+Si at 75mg/kg can be difficult to reduce but may be manageable; however Al+Si at levels up to 139mg/kg would prove extremely difficult to bring down to acceptable levels for engine entry (<15mg/kg). Carry over of abrasive Al+Si material at high levels may lead to damage to fuel pumps/injectors and cylinder components.”

“What is a Chief Engineer to do when the bunker analysis comes in three days out at sea with numbers that far outside the confidence range. Just to be on the ‘safer’ side, Shipowners and Managers will find themselves saddled with additional procedures, maintenance and costs due to increased constraints on fuel handling and management (extended fuel settling and purifying times, more frequent draining, elevated heating, greater care with backwash fuel oil) and a heavier workload on fuel separators,” stresses Olivier d’Olne, General Manager at Aderco Marine and Group Technical Director.

Catfines play a role in the crude oil refining industry in the catalytic cracking process that involves splitting large, high-boiling hydrocarbon molecules into smaller ones to increase refining yield. They can occur at high concentrations in slurry oils, the product drawn at the bottom of the catalytic cracking fractionator. It’s because these slurry oils are highly aromatic and have a low viscosity, that they are an ideal blending component in HFO production. That is how catfines enter HFO, and concentrations vary depending on the quantity of slurry oils used in the blending and the quantity of catfines already present in these same slurry oils. This also explains the wide fluctuations between catfine levels in HFO.

By nature, catfines are hydrophilic, i.e. they are attracted to water molecules and tend to stick to them. This combination catfines/water will be difficult to extract from the fuel at the separator levels, however. With smaller particles, the catfine/water combination will emulsify and hamper purification performance. Compounding the problem is the fact that catfines come in varying sizes, fewer particles that are larger in size will be more readily ejected. High concentrations of minute catfine particles pose a much greater – and no less real – threat. According to FOBAS data, purifiers nowadays operate at 60 to 65% on average.

At the same time, the hydrophilic nature of catfines offers a solution for reducing risk: Using a surfactant-based fuel treatment solution that facilitates water separation will ensure that a significant portion of the catfines captured by water molecules in the fuel tanks can be drained off along with the water.

Allowing thorough settling of the fuel will further reduce the counts of catfines, especially large particles. In addition, the right fuel treatment solution will also isolate contaminants, disperse agglomerations that lead to sludge, and stabilise as well as homogenise the fuel. The net effect: The fuel enters the line cleaner for more efficient combustion, plus it has a lower catfine count, enabling the separator to eject remaining catfines and contaminants more effectively, and ensuring the engine is fed a healthy diet.

Reports and findings that meet strict standards, like this recent FOBAS spot check, provide an invaluable heads up. They also underscore the importance of allowing for sufficient safety margins – and the advantages of preventing risk over repairing damage.

The FOBAS report is just one of many concerned with the quality and regulation of fuels in industrial and marine uses. Take the 2020 sulphur cap, another hot button issue. Ensuring supply security and consistent quality will be a tough challenge, especially with demand projected at up to 2,000,000,000 barrels a day. Removing sulphur from fuel oil means either hydrocracking or blending or a combination of both. Downstream, this could very well mean higher prices for uncertain quality along with the risk of fuel incompatibility and other problems that can lead to unexpected stoppages.

Olivier continued, “more prevention will be key in addressing the uncertainty and the challenges ahead, from catfines to sulphur emissions as well as other non-fuel-related issues. Along with a holistic approach to applying the right tools from a shared toolbox.” 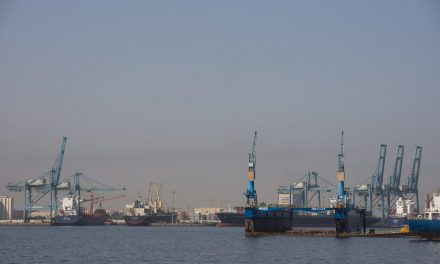