How will leaving the EU affect UK Transport?

The independent Transport Commission is addressing key Brexit concerns for the UK transportation industries to assist policymakers and the representatives in the ongoing EU-UK negotiations. They outline key issues alongside stressing essential policy outcomes such as EU labour, Frictionless trade, funding and financing and regulatory standards. The Director of the ITC pointed out that transport issues should be given the highest priority by the Government in its negotiations with the EU as transport is an essential role in supporting the UK economy. He also stated that the long time frames involved in transport infrastructure, operations and planning require certainty on future arrangements. Otherwise a transitional arrangement should be explored to help prevent distribution.

Amazon hunting for 1,300 European warehouses as battle for fast delivery hots up

Amazon is looking for a staggering 1,300 warehouse units across Europe to fulfil its commitments for its one-hour Prime Now delivery service.

In an attempt to curb emissions from ships, the UN International Maritime Organization has placed a cap on sulphur content in marine fuel oil from 2020. The problems for the oil market are two-fold. Although high sulphur bunker fuel accounts for only 4 per cent of global oil demand, according to the IEA, the marine market has traditionally been an important outlet for the refining industry. The product markets are already reflecting the rule change, with forward prices in 2020 for high sulphur fuel falling and high quality gas oil, a benchmark for low sulphur marine fuel, rising.
(Summary, Original Article by Financial Times.)

Even though 90% of maritime and offshore companies think more should be done to prevent cyber-attacks, less than half that number had prevention and contingency plans in place.

The executive Director of the International Energy Agency stated that a regulation in terms of emission and fuel efficiency standards are required as Trucks are responsible for 35% of CO2 emissions despite the huge disparity in numbers compared to regular cars. He stated that this needs to happen quite soon because USA, Canada, Japan & China are already having those and Europe is still behind. The EU executive aims to propose a new legislation on heavy-duty vehicles fuel efficiency standard in early 2018 and monitoring and reporting CO2 emissions and fuel consumptions by heavy duty vehicles from 2019.

The growth in oil demand from trucks has outpaced all other sectors, including passenger cars, aviation, industry and petrochemical feed stocks. They’re account for almost one-fifth of global oil demand. If no action is taken, oil demand might grow by 5 million barrels per day by 2050, which is about 40%. 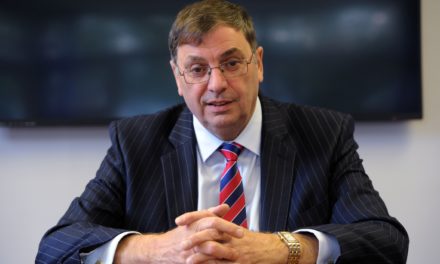