~ Initiative on Environmental Protection Ahead of International Rules ~

The joint research project, called “Green Corridor,” aims to reduce merchant vessels’ emissions of NOX and SOX (*) in advance of international treaties calling for stricter emissions standards, and will examine the technological and economic feasibility of an LNG-fueled bulker.

The MOL Group continually takes a proactive approach to developing and adopting technologies that contribute to reducing environmental impact and enhancing safe operation, while providing safe and reliable transport services.

(*) SOX emissions from vessels are addressed in the International Convention for the Prevention of Pollution from Ships (MARPOL) Treaty Annex VI (prevention of air pollution), and vessels are required to use bunker fuel with a sulfur content of 0.1% or less in Emission Control Areas (ECAs) such as North America. In general sea areas (all excluding ECAs), the treaty is expected to reduce the maximum sulfur content of bunker in use from the current standard 3.5% to 0.5% in 2020. The regulation will be applied to vessels already in service. 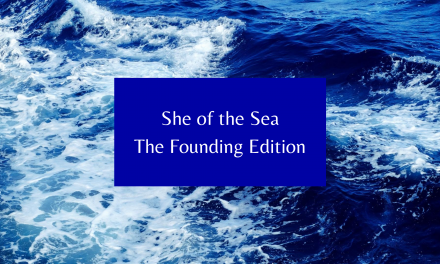 She of the Sea – The Founding Edition

MOL – They will participate at the international contribution program