TOKYO—Mitsui O.S.K. Lines, Ltd. (MOL; President & CEO: Takeshi Hashimoto), together with its two group companies and the following consortium partners, today announced the completion of a successful sea trial of autonomous sailing using a large commercial coastal car ferry, in a voyage from the Tomakomai Port, Hokkaido Prefecture to the Oarai Port, Ibaraki Prefecture. The trial was conducted on February 6 and 7 as part of the Nippon Foundation’s MEGURI2040 (Note 1) unmanned ship project.

The test followed the actual commercial route of the ferry Sunflower Shiretoko, covering a distance of about 750km, the world’s longest distance for autonomous sailing, in about 18 hours, also a world record.
The significance about this test is the confirmation of the development elements “the Autonomous Berthing and Unberthing Technology”, “the Autonomous Collision Avoidance Routing System”, and “the Target Visual Image Processing and Ranging Technology” which functioned normally even during such a long voyage. 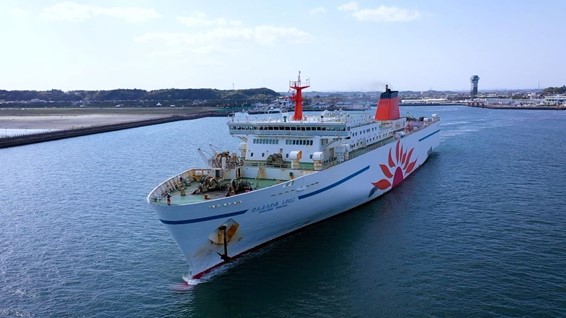 The Sunflower Shiretoko, the large coastal car ferry used for the trial of autonomous sailing

Since MEGURI2040’s inception in 2020, the consortium has conducted various elemental experiments to realize autonomous sailing. As with the coastal containership which succeeded in the sea trial of autonomous sailing on January 24-25, 2022 (Note 2), the sea trial using the car ferry was carried out after verifying features such as autonomous collision avoidance using a simulator owned by MOL Marine & Engineering Co., Ltd. and element tests on a real ship.

At present, there are issues such as improving sensing technology and making collision avoidance routes even closer to the feeling of crew members and the consortium continually aims to reduce the workload on seafarers and ensure safe, secure marine traffic by integrating the knowledge gained through MEGURI2040 initiatives to realize autonomous sailing activities with AI technologies such as computer vision.

(Outline of the Sunflower Shiretoko) 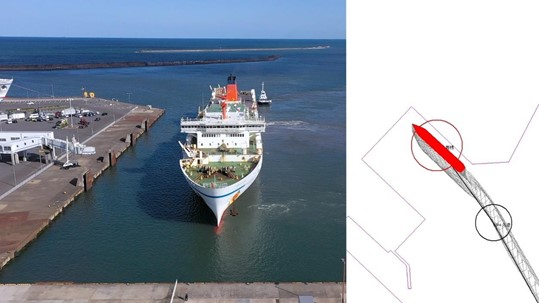