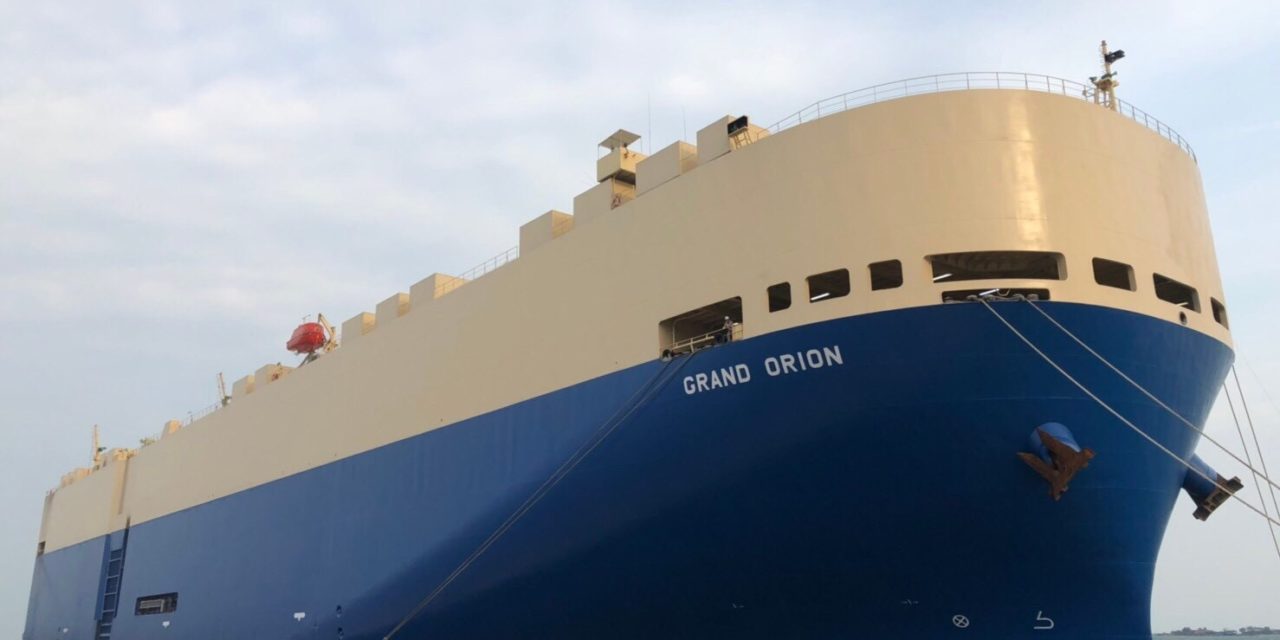 TOKYO-Mitsui O.S.K. Lines, Ltd. (MOL; President & CEO: Junichiro Ikeda) today announced that on January 23, the MOL-operated car carrier Grand Orion (capacity: 6,400 standard passenger cars) called at the Port of Sihanoukville, Cambodia, and discharged about 12,000 tons of construction machinery. It was the first call at a Cambodian port by an MOL-operated car carrier.
In commemoration of the first call, Grand Orion Capt. Denis C. De la Peña received a memento from Sihanoukville Autonomous Port while the ship was in port.

Most of the cars imported to Cambodia, both brand-new and second-hand, are currently carried in ocean containers or by car trailers. With motorization rapidly spreading throughout the country, it is expected that automobile imports will increase and create demand for regular ocean transportation service by car carriers.
Sihanoukville is Cambodia’s only deep-water port and its facilities have been developed with the support of the Japanese government. In May 2018, a newly built multipurpose terminal that accommodate large-size cargo ships started operation in the port and enabled large car carriers such as the Grand Orion to call at the port. MOL considers the call an important first step to prepare for possible future demand.

MOL continues to take a proactive stance in effectively meeting the demand for vehicle transport not only in Cambodia, but also throughout SE Asia, providing safe, efficient, and reliable services that span the globe.