The Palau International Ship Registry (PISR) has opened three new offices in Asia as it pushes ahead with an ambitious growth strategy intended to place the Palau flag as the region’s foremost ship register.

PISR already has offices in Singapore, Shanghai, Guangzhou and Fuzhou-China, but newly opened offices now in Qingdao and Dalian, China, and Tainan, Taiwan fortify the register’s position across the Asia-Pacific region.

Commenting on the register’s stellar trajectory, Honorary Consul and Strategic adviser on ship registry to PISR, Julian Padilla, said: “The organic growth experienced in just four years of operation is testament to the expertise of our staff in being able to deliver reliable, quality registration services to a growing customer base. This growth is demonstrative of the deep understanding of the operational and technical complexities our global teams have in the maritime industry which allows us to offer owners a less complicated but exhaustive portfolio of ship registration services.”
Jai Acharya, PISR’s newly appointed Regional Head of Business Development, Southeast Asia, said: “The new offices and the appointment of executive officers with a demonstrable track record and experience in international shipping and registry procedures enhance the profile and capabilities of PISR, not only in the Far East but across the globe. We have experienced a significant increase in the number of ships registered to the PISR fleet and believe expansion in the most prominent ports in Asia will drive further growth.”

Lana Zhao, Deputy Registrar of PISR (Qingdao), added: “PISR’s expansion programme is indicative of the changing seascape and the growing number of Chinese shipowners now operating in the global market. With the opening of these new offices, PISR now has a presence in all the major maritime hubs across the Asia-Pacific region capable of providing guidance on all aspects of ship registration, documentation and compliance.”
Kristina Xuan, Regional Head of Business Development for mainland China and Taiwan, said: “With China’s rise in both international finance and shipping, it makes sense for PISR to have a strong presence in the country. Having a world class ship registry offering its services from five key locations in China makes sense for us and our customers.”

Speaking of the importance of a PISR office in Taiwan, PISR technical adviser Tim Ho, a former manager with classification society DNV, Taiwan, said: “Some of the world’s leading container carriers are based in Taiwan, and the country’s shipbuilding sector is set to become the third largest supplier of container vessels in the 1000 to 10 000TEU range, so to have an office here will be a considerable benefit to ship builders and ship owners alike.”
Xuan added: “Since the establishment of the registry in 2010 there has been a concerted drive to become a world class White List registry. With our industry expertise, efficient documentation, knowledgeable advice and quality of inspections across all vessels under the Palau flag, we can meet our objective of being a ‘clean’ flag in all aspects of vessel registration. We are pushing ahead with expansion plans to cover the major global shipping markets.”
Indicative of PISR’s reputation as a quality flag, the register last month was accepted as an Associate Member of shipowner organisation BIMCO and invited to speak at its 3rd International Ship Finance Summit, which takes place in Shanghai next month. 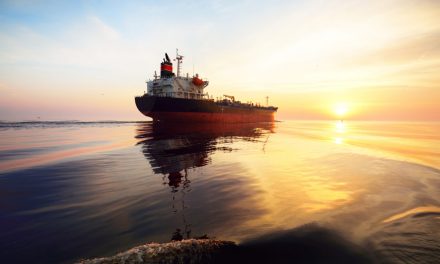